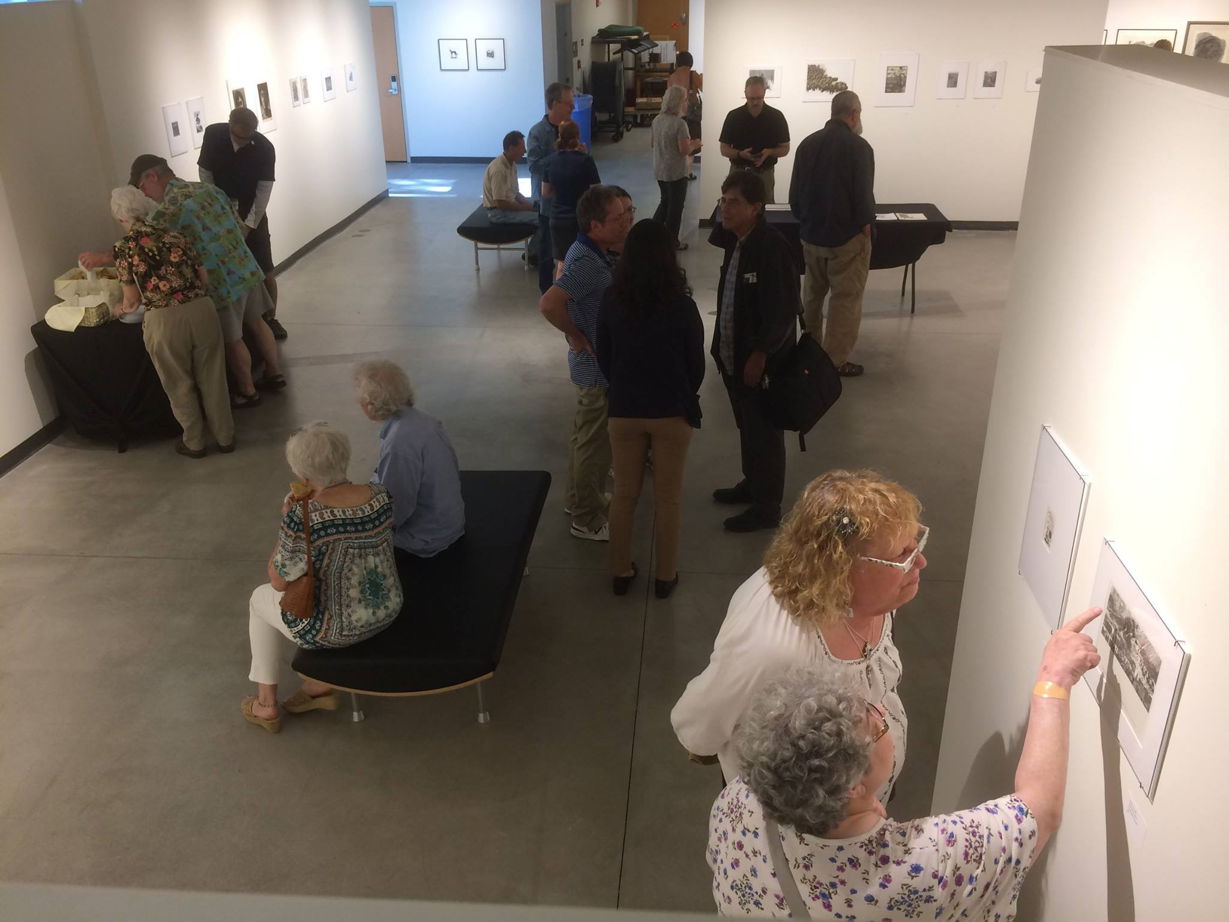 The Wood Engravers’ Network Triennial Exhibit opening, Gaylord Shanilec‘s talk and the WEN conference received some press! Check out The Sandpaper’s article: “Wood Engravers Exhibit at Stockton University” published July 5, 2017. Especially nice are the photos in the slide shows found by clicking the photos on the left!
The Sandpaper is a news magazine of New Jersey’s Long Beach Island and Southern Ocean County.

Wood Engravers’ Network Third Triennial Exhibition is the third juried, traveling exhibit featuring sixty-four (64) engravings by thirty-seven (37) artists from the United States, Canada, Ireland and Belgium. Juried by Gray Zeitz of Larkspur Press, the exhibit will be on view June 24 – August 8, 2017 at Stockton University and travel North America through 2019.

For many, wood engravings conjure memories of a favorite children’s story – a consequence of the medium’s highly efficient and successful use as illustration during the industrialization of printing (mid-to late 19th century). While wood engraving was once considered efficient, now the process is considered very slow. Its intimate scale and minute detail charm practitioners into working 40 hours or more on one 4 inch square piece of wood. This group exhibit provides a view of the contemporary practice of wood engraving and the wide variety of styles and approaches to the medium.

Wood engraving is a relief printmaking process where an original drawing is cut into the surface of an endgrain wood block and then inked and printed to create a reflected image of the cut block. The prints are considered multiple originals created in limited editions – not reproductions or digital creations – offering an affordable entry into collecting original art works.