Beer City Prints: “Beauty is in the eye of the beer holder” 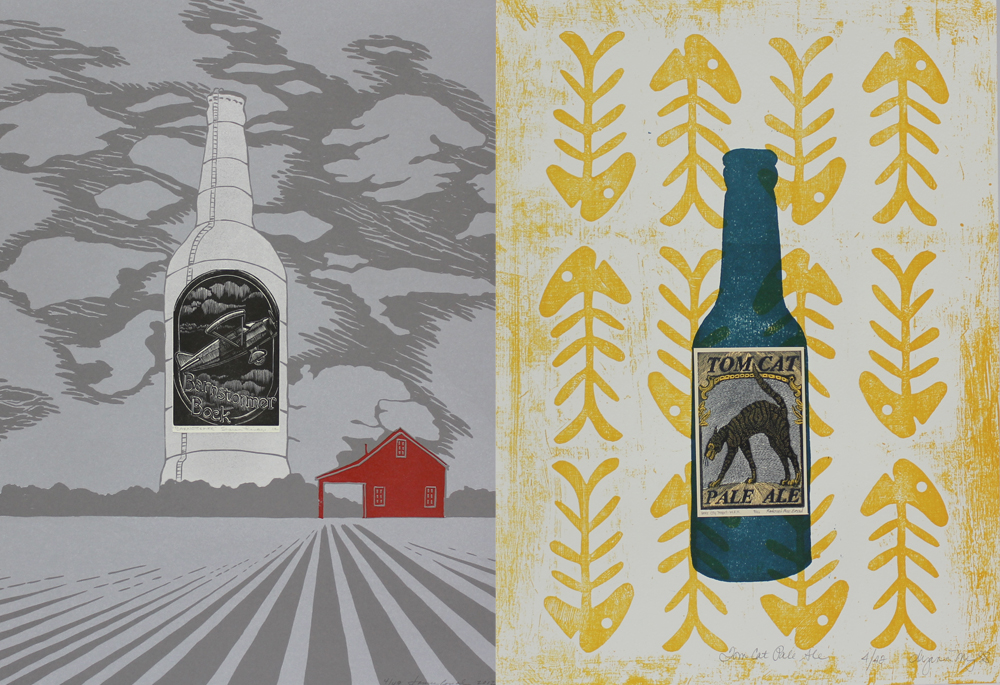 “‘Beauty is in the eye of the beer holder,’ a quote by Kinky Friedman, sets the tone for Beer City Prints, a collection of 24 original prints by members of the Wood Engravers Network (WEN) and the Asheville BookWorks Co-op (ABC), collaborating partners.
In June 2012, WEN members from across the globe met at Asheville BookWorks to hold their annual week-long workshop. In celebration of art, and the craft-beer brewing tradition in Asheville, named ‘Beer City’ three years in a row, WEN members designed 24 fanciful and intricately carved beer labels.
Following the WEN workshop, ABC printmakers developed the text and imagery of the WEN beer labels a step further. Inspired by the beer titles and label art, ABC printmakes responded by creating a context for each label including a bottle element, visual puns and graphic narratives suggested by the individual labels.”
-Laurie Corral, Founder, Asheville BookWorks

Asheville BookWorks is one of five Asheville art spaces that have set-up camp for the summer in The Gallery at GreenHill and present an exhibition of their choosing in 500 square feet of space.