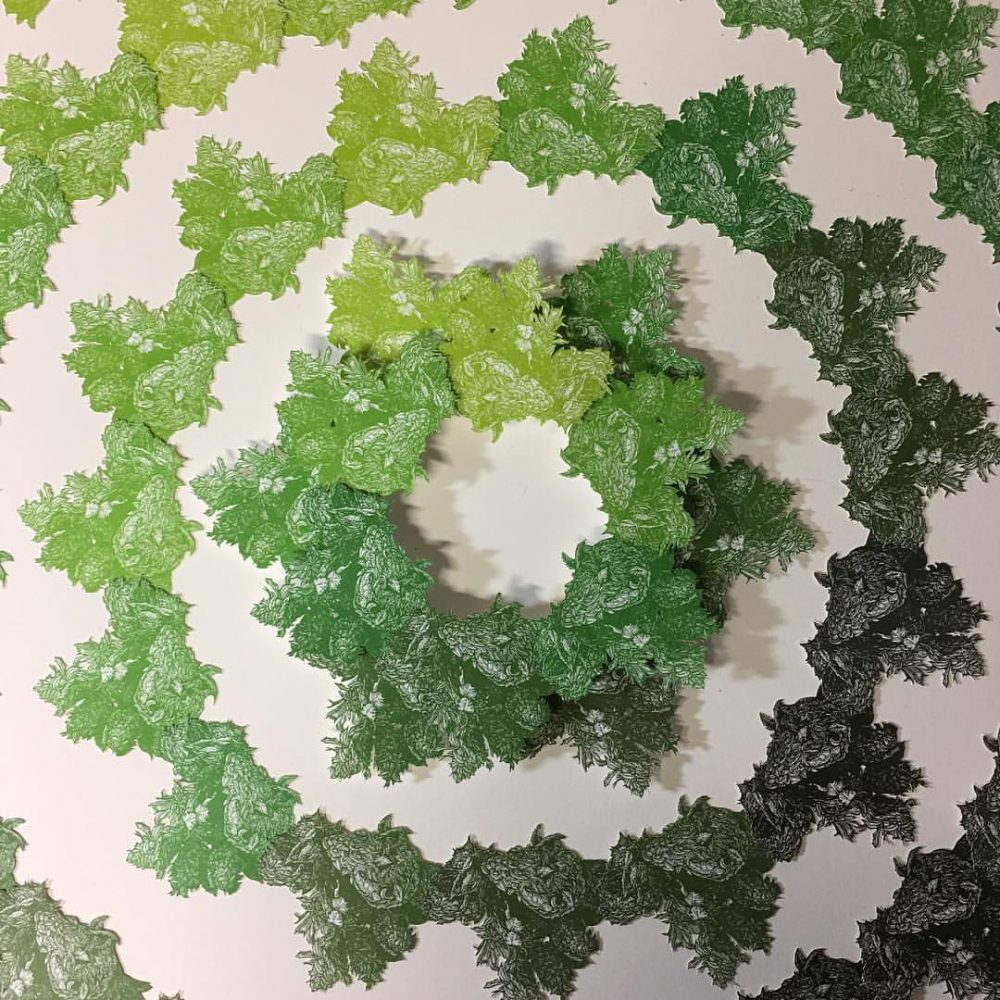 Rebecca Gilbert: wonder brings together new prints that arise from her interest in both traditional print processes and her poetic response to the landscape, on exhibit December 16 – April 22.

Gilbert’s works come out of her deep commitment to traditional print processes including wood engraving and complex, multiple-layered reduction woodcuts, and her poetic response to the landscape.

“I have been using dirt, water, sticks, coins and gold as imagery in my work to symbolize that which we impulsively crave, seek out and hold valuable.” – Rebecca Gilbert

This series of work formed during a 2015 artist residency at OCHO, Questa, NM where the Philadelphia-based artist explored the countryside around Questa guided by a treasure map created in the form of a poem. It was created by a retired art collector living in Santa Fe named Forrest Fenn, who has hidden more than one million dollars in gold somewhere in the rugged nearby countryside. Gilbert’s hunt for Fenn’s treasure became an opportunity to take notes and make sketches of the beautiful landscape with its interesting rock formations and hidden petroglyphs, as well as of objects she found during her hikes. Those sketches were the starting point for the engravings and woodcuts in this exhibition. While Gilbert’s treasure hunting activities are recent, her work has focused on gold in the past.

The small wood engravings in this exhibition are realistic, monochromatic, depictions of symbolically important objects Gilbert found during her time in New Mexico. Influenced by prints in historical natural history texts, these works faithfully reproduce such things as an antique toy horse, an ant mound and a rattle Gilbert used to scare away bears during her hikes. These are paired with larger reduction woodcuts that approach the Southwestern landscape much more symbolically, becoming embodiments of Gilbert’s experience of her stay. In Confluence, ant mounds are joined together as if being viewed from multiple perspectives at once, creating an almost hallucinatory vision. Made from up to ten layers of ink, these enormously complex works explore our perception of both space and beauty.
This is a summary of Gallery Notes written by John Caperton, the Jensen Bryan Curator at The Print Center.

The featured image is a collage of a colorfully printed wood engraving of tumbleweeds.

Anthill – detail of an reduction woodcut