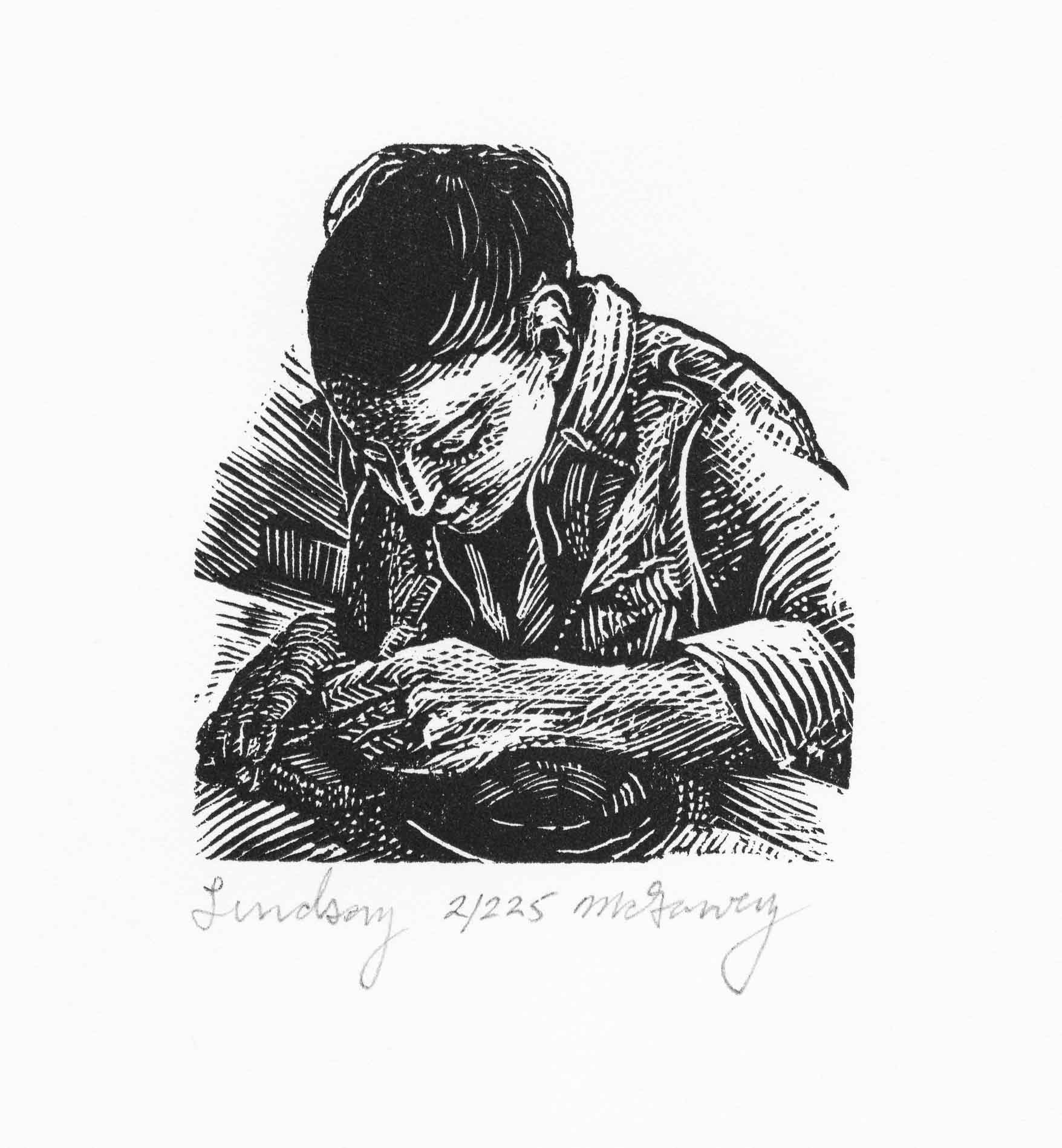 Michael McGarvey was inspired to create this engraved portrait of a new to engraving, but totally determined Lindsay Pilko, getting started on her engraving on the morning of last day of the Wood Engraver’s Network 2015 Summer workshop at the Morgan Art of Papermaking Conservatory in Cleveland. Lindsay finished and editioned her block that day. McGarvey, in typical fashion, took another several months to complete his block and edition. The engraving was done on a test block of Holly, 2″ x 2″ and will be included in the 2015  WEN Summer bundle.