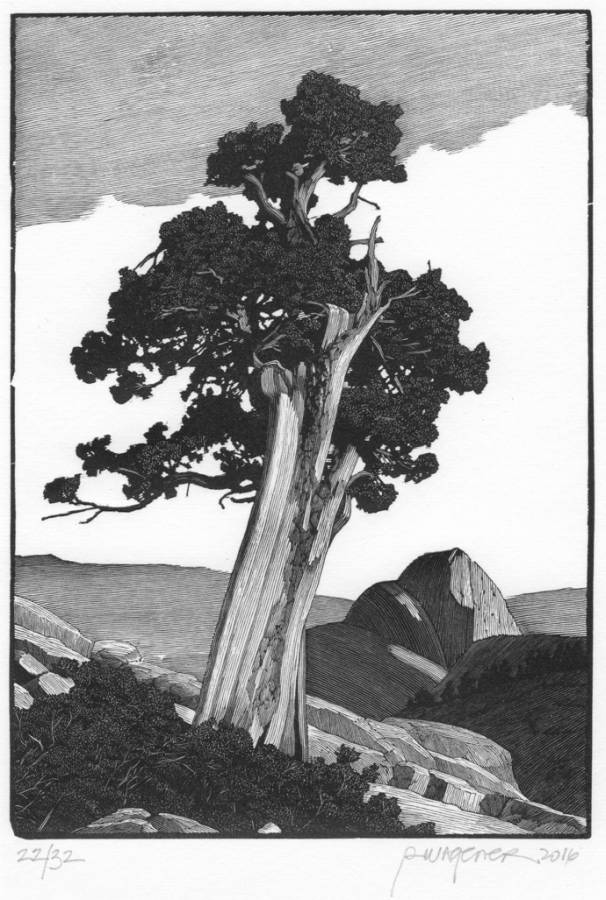 See this spectacular survey of wood engravings all of December 2017 at Davidson Galleries in Seattle, Washington! This exhibition features over forty contemporary and historical wood engravers from around the world. The featured image here is Juniper and Half Dome by Richard Wagener.