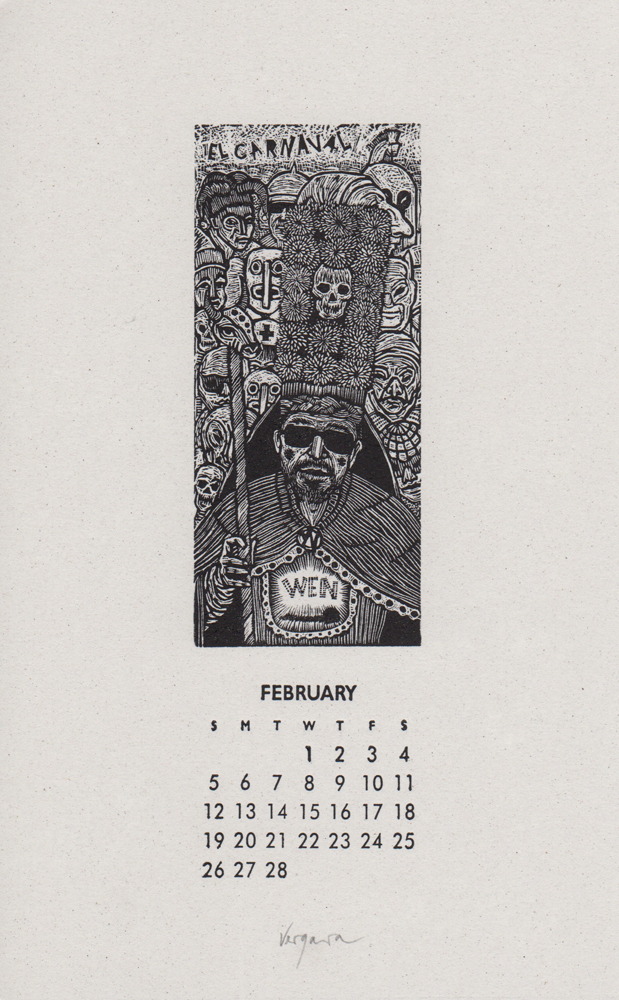 Yezid Vergara on his choice of subject: “When I chose February … I realized that in that month carnival is celebrated in many countries. That is why I decided to make my image of February with our carnival, which takes place in Barranquilla [Colombia].” According to Wikipedia, Barranquilla’s Carnival is one of the Colombia’s most important folkloric celebrations, and one of the biggest carnivals in the world (second only to Rio de Janiero’s), dating back to the 19th century. Forty days before Holy Week, Barranquilla prepares for four days of intense festivities, leading with the slogan “Those who live it, are those who enjoy it (Quien lo vive, es quien lo goza).”